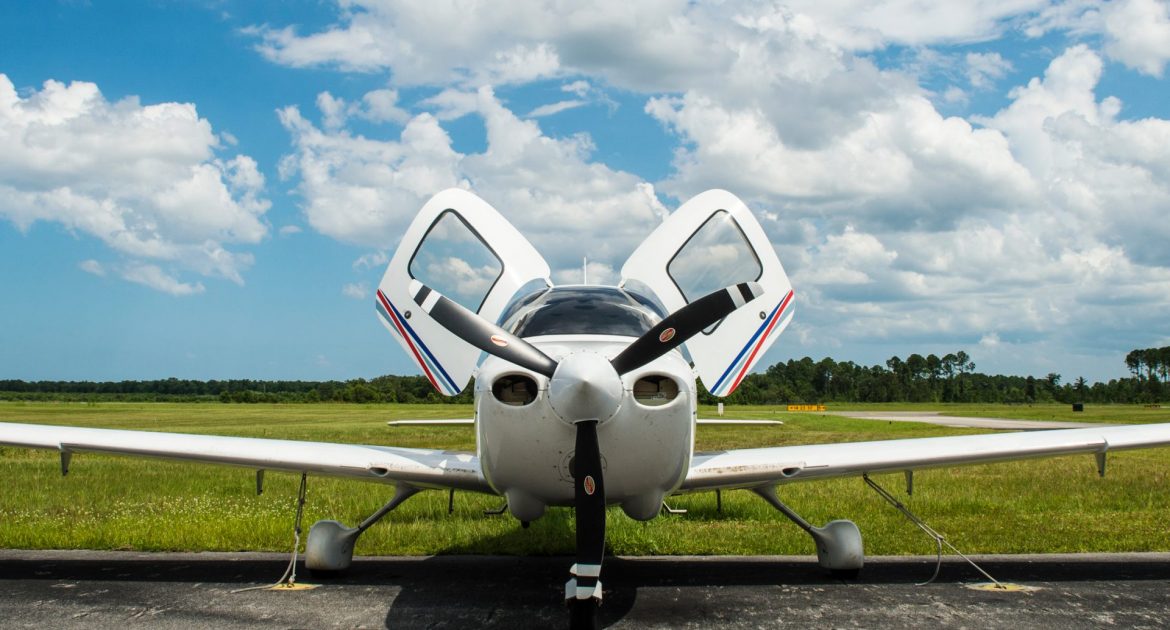 SANFORD, Fla. (July 29, 2016) – Aerosim Flight Academy is dedicated to the encouragement and development of future generations of professional pilots through the High School Senior Merit Scholarship program. Following a rigorous application and review process, two eligible applicants have been awarded up to $35,000 toward tuition at Aerosim Flight Academy – the first scholarship of its kind for the academy and in the professional pilot training industry.

Cody has been preparing for this moment for most of his life. Since the young age of 3, Cody knew he was going to become an airline pilot. Late one summer day when he was only 7 years old, Cody’s parents took him to a local airport to watch students practice touch-n-go’s, and a flight instructor by the name of Rusty Bogue noticed Cody’s excitement. After clearing it with Cody’s parents, Rusty sat young Cody atop a stack of phone books and took him up for his first flight in a Cessna 172. He was hooked. (Full Story)

Michael Wilhelm can’t really remember a point in time when aviation wasn’t a huge part of his life. The 18-year-old even has a hangar and landing strip on his family’s Gettysburg, Pa. farm. Jake’s grandfather learned how to fly as a young Marine during the Korean War, and his father is a contract pilot who flies business aircraft in the esteemed Bombardier Global 6000. Michael recalls one defining “career day” moment in grade school when his father dropped him off on the school’s front lawn in a helicopter. And he laughs a bit as he also proudly claims that his mother achieved her private pilot’s license while nine months pregnant with his sister. Flying is in his blood. (Full Story)

Additional scholarships are available at Aerosim Flight Academy including the Women Aviators Scholarship program. Qualified recipients may receive up to $10,000 to apply toward tuition. Female instructors and students continue to make impressive contributions to the aviation field. This scholarship program is a step in the academy’s on-going effort to support and bring specific awareness to women in aviation, while addressing the industry’s immediate need for skilled, professional pilots.  Scholarship funds are limited and will remain available until depleted.

Provisions and eligibility requirements for all Aerosim Flight Academy scholarships are available at www.afa.edu. For additional information, contact the admissions department at 407-330-7020 or via email at [email protected].

Originally established in 1989 and based at the Orlando Sanford International Airport (SFB), Aerosim Flight Academy is the only flight school originally owned and operated by airlines Comair Airlines and Delta Air Lines. Today, under the name of Aerosim Flight Academy, the rich history of professional pilot training continues with flight training courses approved by the FAA under 14 CFR Part 141 and specialized flight training under 14 CFR Part 61.

Aerosim Flight Academy is accredited by the Accrediting Commission of Career Schools and Colleges (ACCSC) and provides a professional flight training environment based on sophisticated airline standards. The Academy has been recognized by the Federal Aviation Administration with the Diamond Award of Excellence for its dedication to quality, safety, reliability and performance.

In its 27 years of operation, Aerosim Flight Academy has provided more than 2 million hours of flight instruction to more than 7,000 pilots and issued more than 20,000 certificates, while growing its reputation as one of the safest, most reliable flight academies in the world.