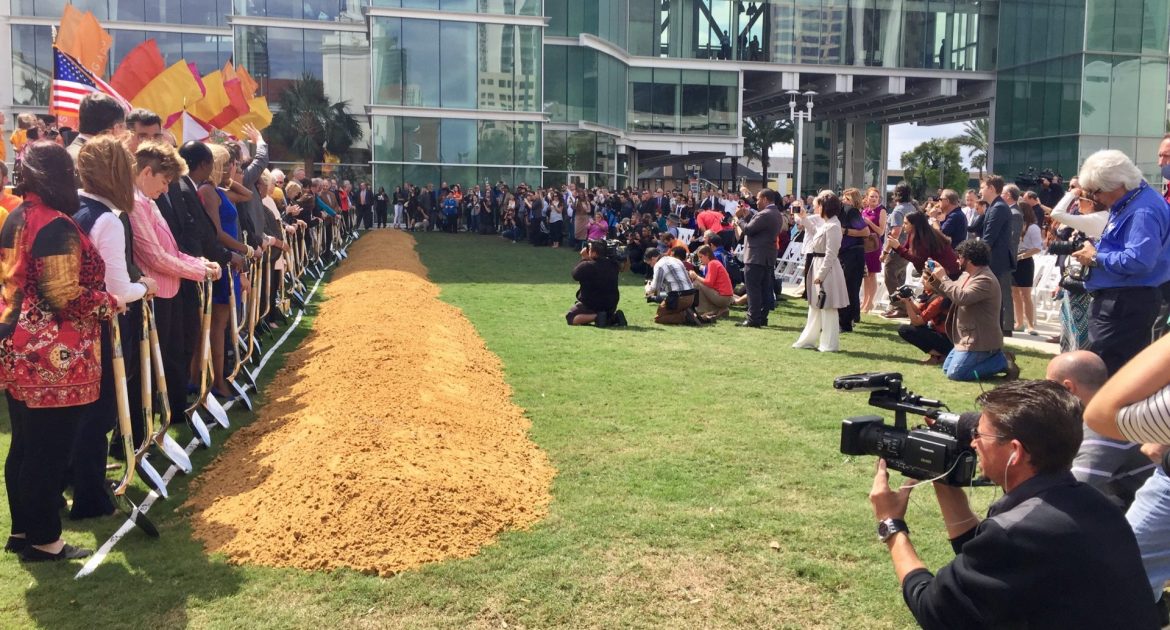 A steady wind kept the orange, pink and yellow banners blowing, but music was in the air as dignitaries and supporters gathered Monday morning to mark the groundbreaking for the final phase of construction on Orlando’s Dr. Phillips Center for the Performing Arts.

“It’s going to to go right here… where we’re sitting and standing,” proclaimed Jim Pugh, chairman of the downtown arts center’s board of directors.

Behind him, a screen projected the slogan for this final push to complete the arts center, which opened its first two theaters in 2014: “So close you can almost hear it.”

Orlando Mayor Buddy Dyer said he would be back to mark the opening of Steinmetz Hall and The Green Room “34 months from now,” which would be early in 2020.

Steinmetz Hall, named for donors Chuck and Marjorie Pabst Steinmetz, will be a 1,700-seat theater designed for performances by the Orlando Philharmonic Orchestra, Opera Orlando and the Orlando Ballet.

The Green Room, named for donors Judson and Joyce Green, will be a less formal space for creative and intimate music events.

The Central Florida community gathered to celebrate the groundbreaking of Steinmetz Hall and The Green Room, completing the original three-theater vision for the Dr. Phillips Center for the Performing Arts.